Big Bear Lake road cycling burst onto the international scene in 2010 as a Stage Finish for Stage #6 of the Amgen Tour of California. This 135-mile, 13,000-foot stage was complimented by international cycling announcer Phil Liggett in his comment that “we have just been treated to one of the best cycling stages we’ve seen in America, ever!” and was also the subject of an extensive article in Velo News comparing Stage #6 to the most difficult stages in the Tour de France. The Tour of California returned to Big Bear in 2012, 2015 and 2018 establishing Big Bear one of the Tour’s favorite destinations.

Cycling is part of the casual outdoor lifestyle found in the San Bernardino Mountains. Road enthusiasts can ride from the simple City Bike Routes to the climbing challenge of Onyx Summit. Join our visitors, second homeowners, residents and the Big Bear Cycling Association and ride with us!

Rolling Hills and Fast Flats – From City Hall (39707 Big Bear Boulevard), head west on Highway 18 to Big Bear Dam. Turn right on Highway 38 at the signal and go east on North Shore Drive through the town of Fawnskin. Head east on Highway 38 to the top of Cushenbury Grade. Turnaround at Cushenbury Grade and turn left on Baldwin Lake Road. Follow Baldwin Lake Road around until it becomes Shay Meadow Road, and then wind your way back through Big Bear City and Big Bear Lake on signed bike routes

Climbing from 6750 to 8500 feet – This is the best true climb within Big Bear Valley. State Highway 38 climbs out of Big Bear Valley at the far east end of the valley. This ride is usually added onto to one of the previous rides for more high altitude training. 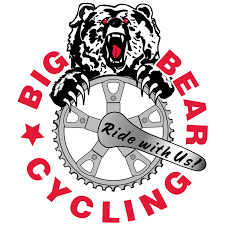 Resources for Biking in Big Bear